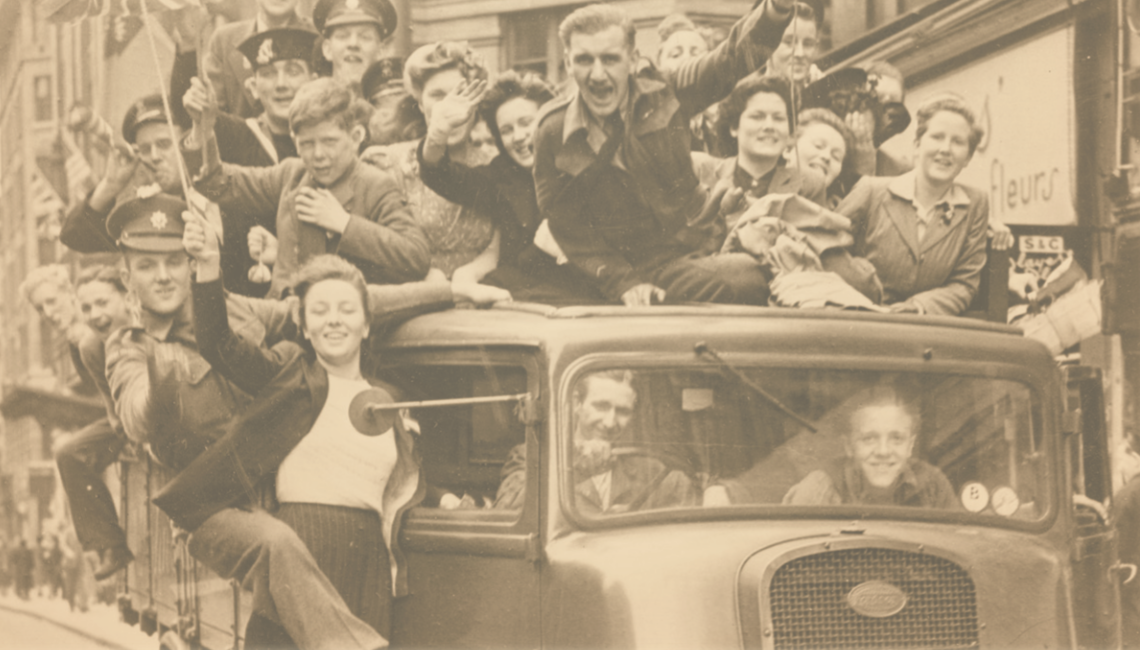 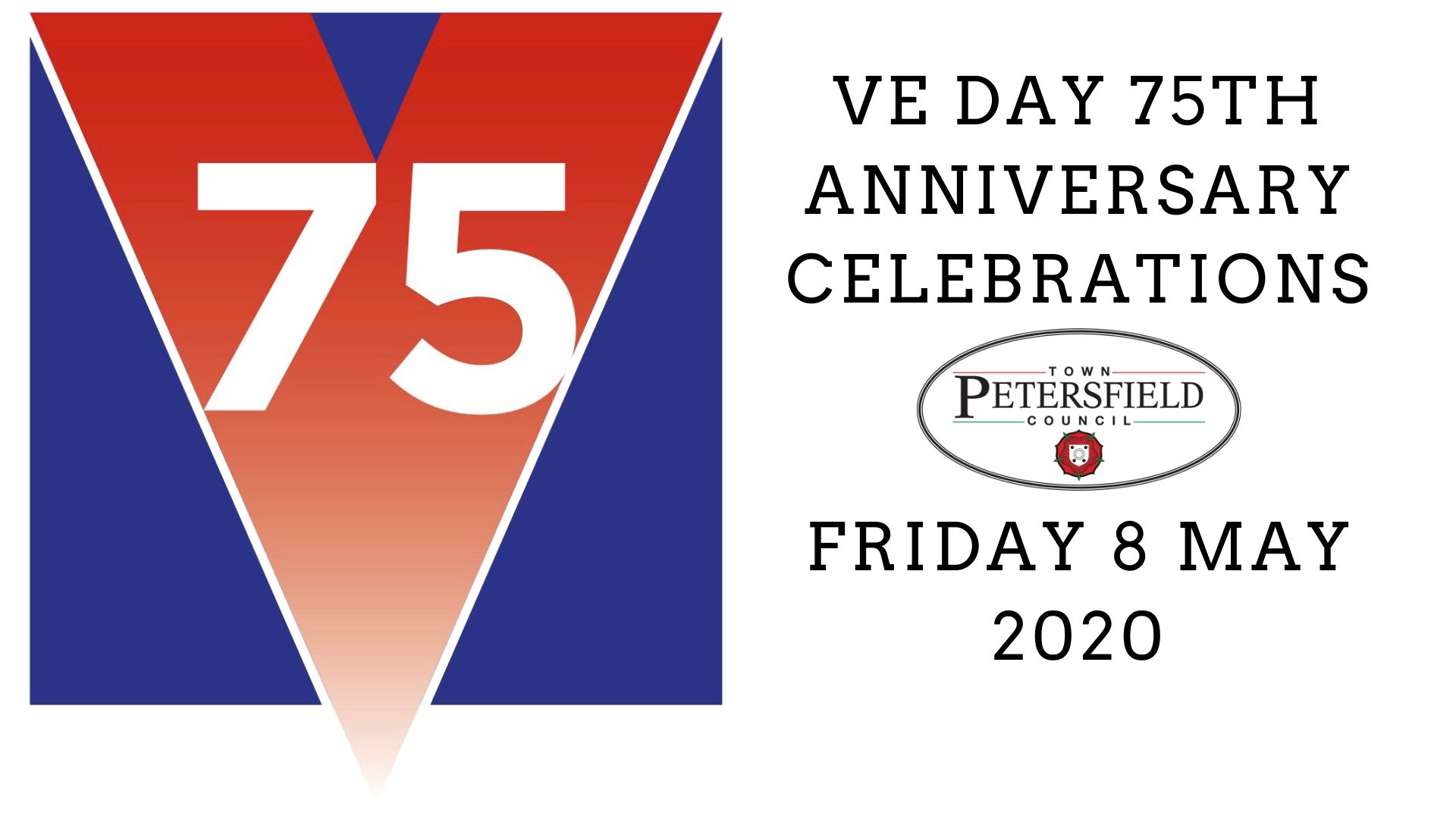 2020 sees two 75th Anniversaries that Petersfield Town Council believes the Town should mark and planning is ongoing with a small Community Volunteer Committee.   The occasion will remember the contribution of British, Commonwealth and Allied armed forces personnel; those who contributed to the war effort and safeguarded the Home Front. As well as marking the Allies’ victory in 1945, the bank holiday will serve as an initial opportunity to pay tribute to those who have served and continue to serve in the UK Armed Forces and their families.

Any proceeds that emerge from the event will go to the SSAFA Charity https://www.justgiving.com/fundraising/ssafaeasthampshire

The Petersfield Area Historical Society plan to launch a publication in line with their very successful similar enterprise from our Anniversary of World War 1. 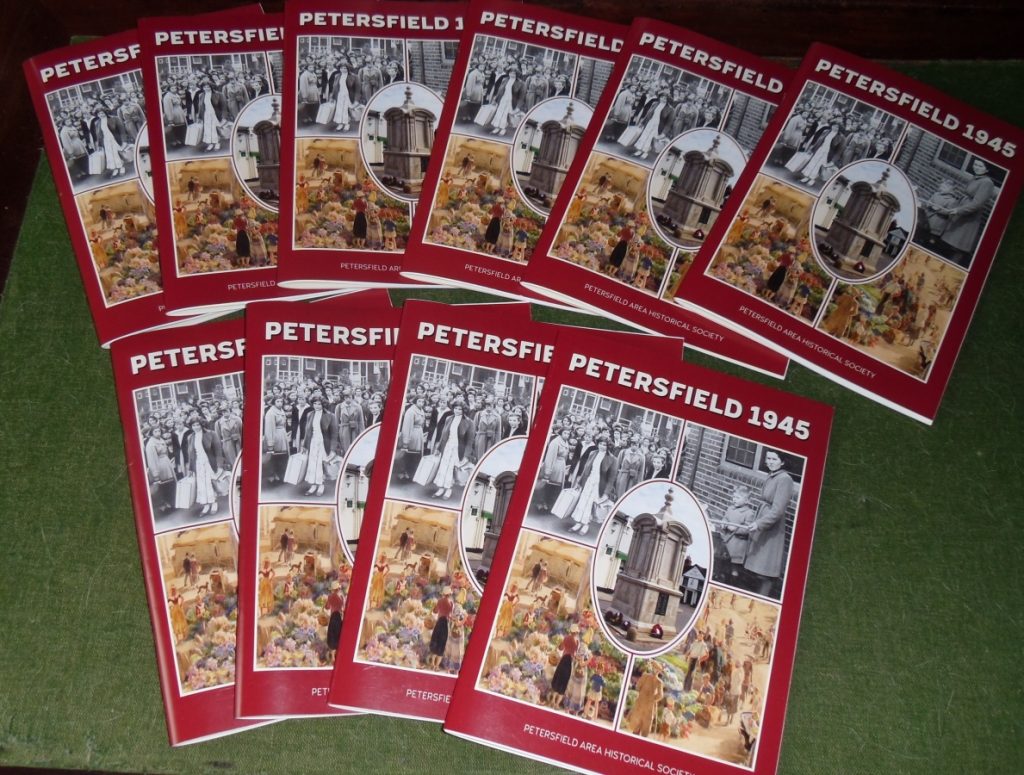 The first is Victory in Europe generally known as V-E Day.  VE Day marked an historic moment in not only in Petersfield but our nation and indeed the world’s history. We should honour those who did their duty – whether on the battlefields of Europe or through their efforts and sacrifices here at home.  VE Day was the public holiday celebrated on 8 May 1945 to mark the formal acceptance by the Allies of World War II that the War in Europe was over. More than 1 million people celebrated in the streets of cities, towns and villages in the UK.  Friday 8 May 2020 is definitely the first date for diaries.

Our original pre-lock-down plans were as follows:

A short Service of Remembrance and Commemoration is being held in the Square at 2.45 pm We then look skywards at the tower of St Peters where a Bugler joining Buglers playing the Last Post & Reveille from the top of the Four Peaks and at many other locations around the world. Additionally a Piper playing  the tunes Battle’s O’er and VE 75 Years again from the Tower of St Peter’s Church at 2.55 pm. This is followed by The Nation’s Toast to the Heroes of World War 2 with ‘Host a Toast’ where businesses & establishments will be encouraged to raise a glass or two to all those living through those difficult and challenging times.  A cream tea is planned within St Peter’s Church from 3.15 pm accompanied by some incidental music provided, we hope, from the Community.  At 7 pm Petersfield will join a National Thanksgiving when St Peter’s Church Bells will be ringing out for Peace in Europe. We hope there will be much merriment across the Town.

Below is the revised running order which will go live at 2.30 pm on Friday 8 May 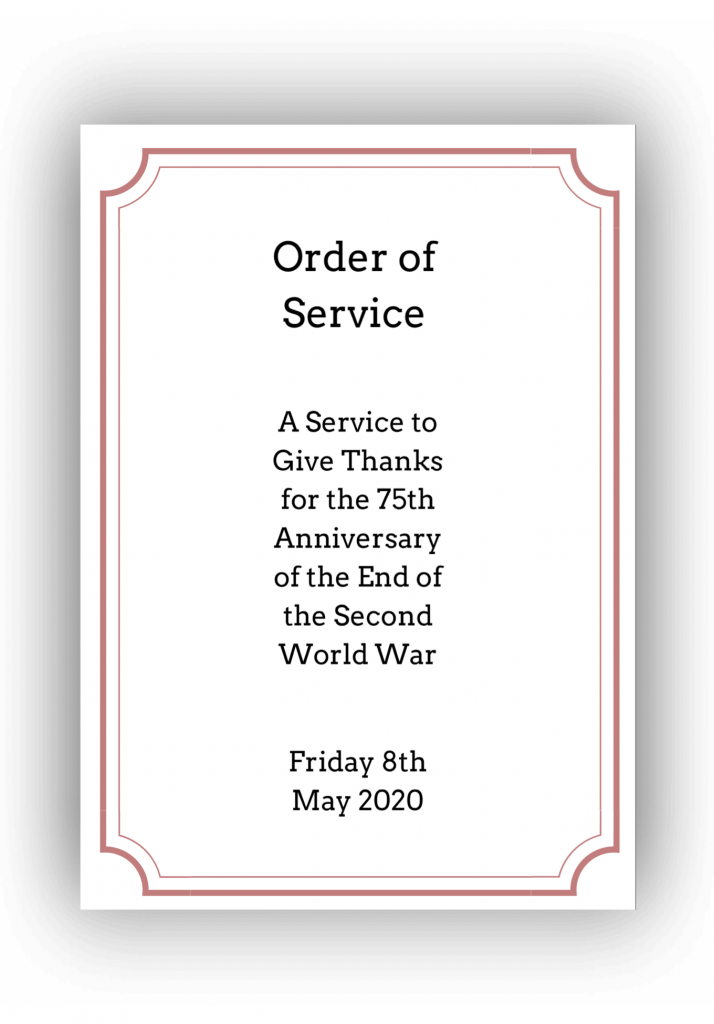 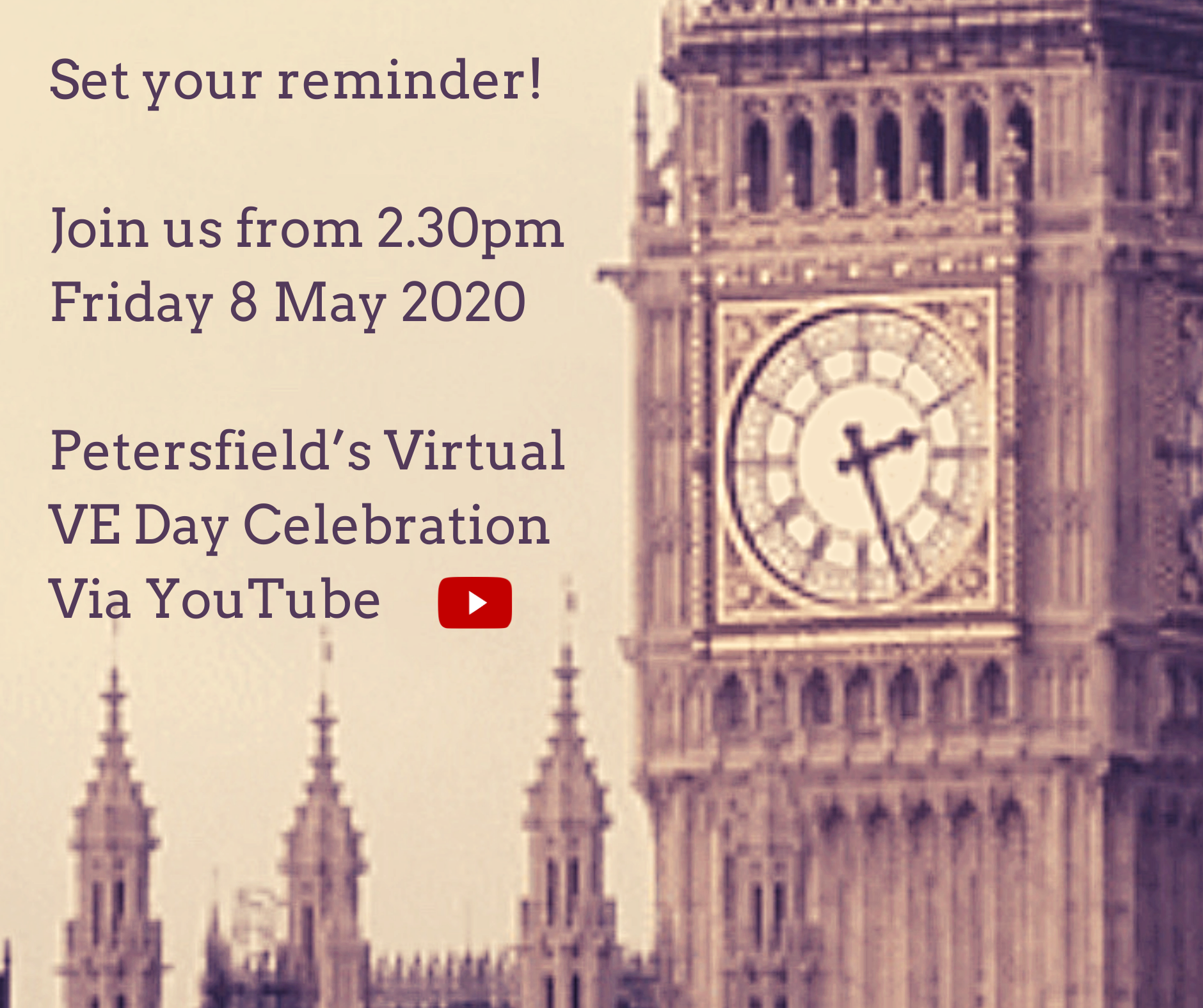 JOIN US IN A MOMENT OF SHARED CELEBRATION 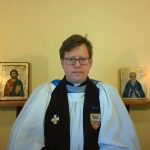 The Reverend Canon Will Hughes will lead, delivering an address from the Vicarage. 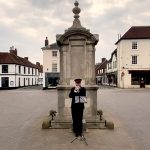 Steve Field, The Company Sergeant Major of the Petersfield Salvation Army sounds the Last Post and Rouse from the War Memorial. 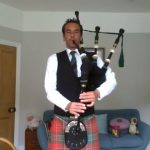 Pipers from across not only the Nation but the World will be piping “Battle’s O’er” and a specially composed “VE Day 75”. Petersfield will be joining in with a Guest Piper. 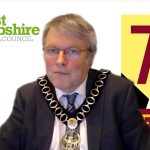 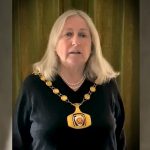 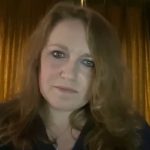 Alice Farrow is emanating the words of Vera Lynn with a rendition of “We’ll Meet Again”.

As a Finale we encourage an Invitation to all to raise a glass in the comfort of their own homes or perhaps at their front doors as a mark of respect for those with so much spirit of yesterday abroad and on the Home Front and now matched with the spirit being shown in 2020 and very much on the Home Front. 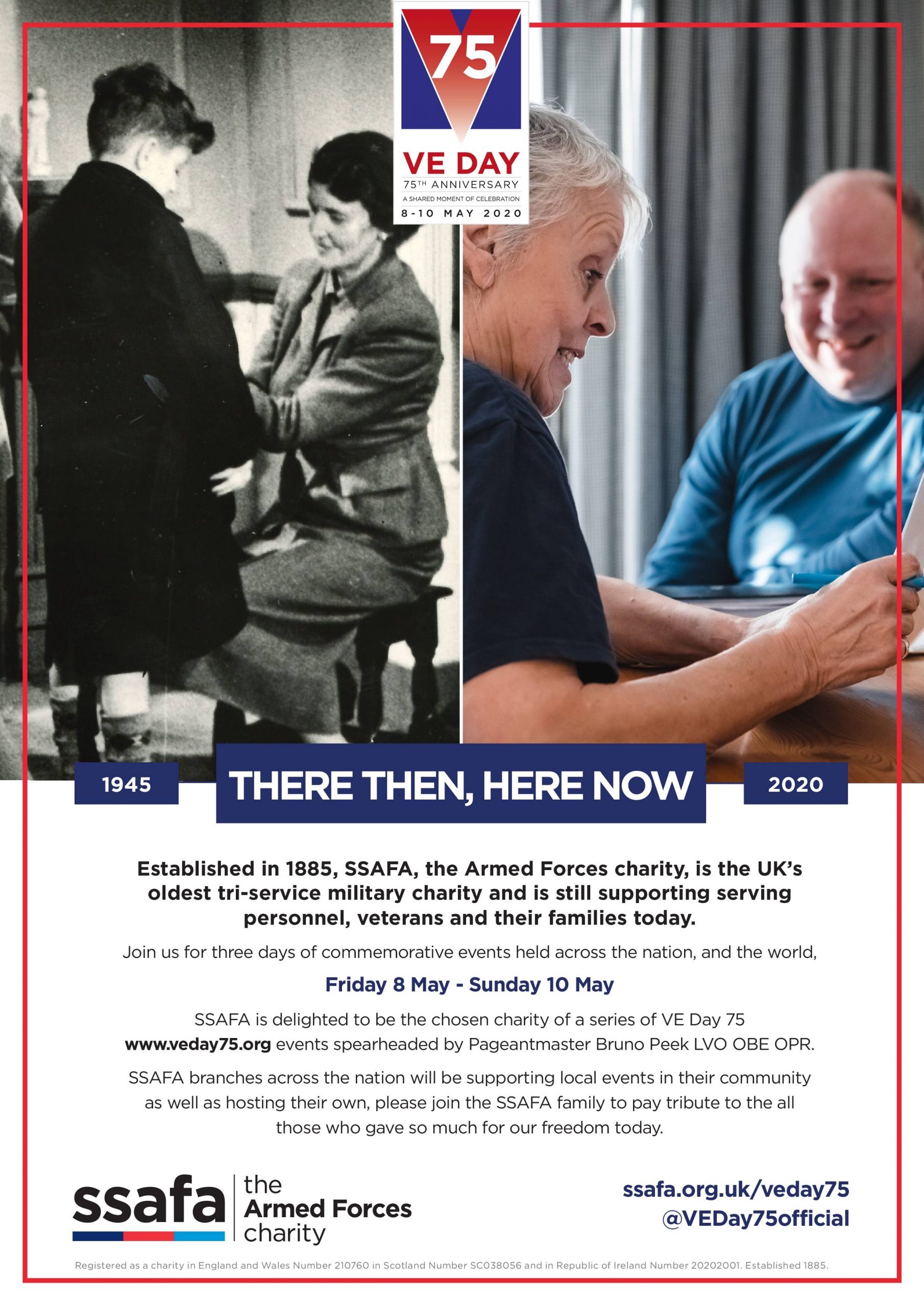 Event Coordinator: Cllr James Deane at james.deane@petersfield-tc.gov.uk or Tel: 01730 269 072 or via Council Officers at the Town Hall.