have you ever wondered what it's like to be a town mayor?

From ribbon-cutting to greeting celebrities.  Cllr Shaw’s initial Mayor-ship was borne with uncertainties as we slowly emerged from lockdown into a world in which face-masks and social distancing was still prevalent.

It turned out to be quite a busy year for the new Mayor!

The first duty was officially opening the new local attraction Sky Park Farm (May), closely followed by a ‘re-opening/re-launch’ of the Free Shop/Tourism Hub at Petersfield Station (May) – and of course the recently refurbished Petersfield Museum (Oct).

Petersfield Town Council saw one of its largest public consultations in communicating its proposals for the refurbishment of the Festival Hall, culminating in a variety event in The Square.

Petersfield Town Council signed an Armed Forces Covenant, pledging its support to servicemen and women.  A pennant was awarded to the Petersfield branch of the Royal British Legion.  We raised a glass at the ‘Dedication of the Allied Stone’, thanking our Allies on the 75th anniversary of the end of WWII.

There were more events, openings and the Christmas Light switch-on event in November. 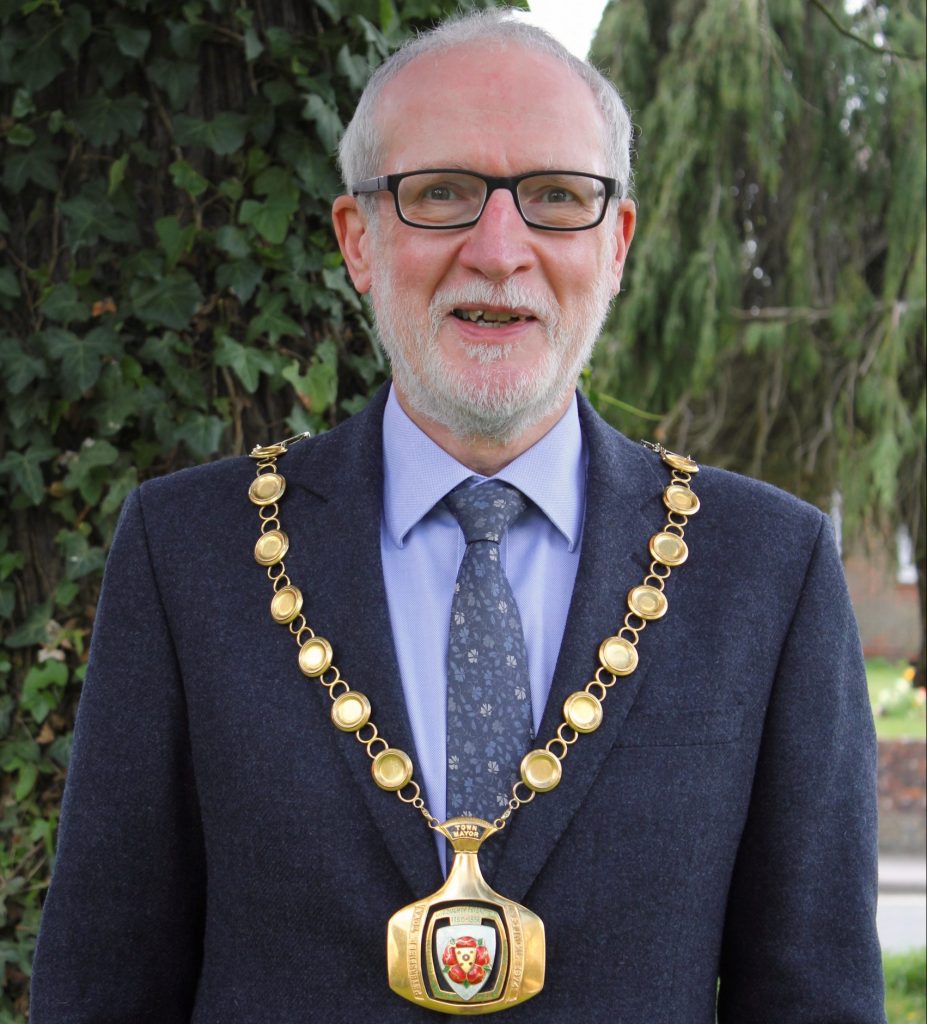 Winners were chosen and prizes presented as the Town Mayor picked his winning design for his Christmas greetings card and thanked a select group of local residents for their contribution to the community, in his Mayor’s Awards.

2022 – the year of the Queen’s Platinum Jubilee – saw LOTS of trees planted as part of the Queen’s Green Canopy.  Cllr Shaw presented tree sponsors with certificates and even got his own hands dirty helping Churcher’s College plant their tercentenary wood.

I think we can agree that Cllr Shaw immersed himself in community involvement during his year as Town Mayor of Petersfield. (2021-22)