The main works for the heath pond bank stabilisation project have now been completed.  Project Manager Steve Field, accompanied by Deputy Chairman of Grounds Cllr Peter Clist of the Grounds Committee, and Grounds Manager Doug Budd, was pleased to sign off the project with contractors Five Rivers who commenced the project in January 2020, only to be delayed by the COVID pandemic.  The final stage of the project was carried out in May 2021, which provided further planting of the newly formed reed beds along Sussex Road, and further hydra seeding of the two Islands and areas along the banks.

The Grounds Team, led by Grounds Manager Doug Budd will continue to look after the fencing that protects the islands and other areas, so that planting continues to mature.  Some areas of the green netting have been replaced with rope and posts as this will blend in better with the ascetics of the heath pond.  However, these areas are still being protected so that plants and grass are given further time to establish and mature.  Further planting will be carried out by the Grounds Team in Autumn 2021, when we are hoping to invite residents to assist.

Project Manager Steve Field would like to thank members of the public for their support of this project, and their patience while the project works have been in progress.  It is hoped that members of the public will enjoy many of the new features, including the boardwalk, Duck Island, along with a wider variety of wildlife and plants. 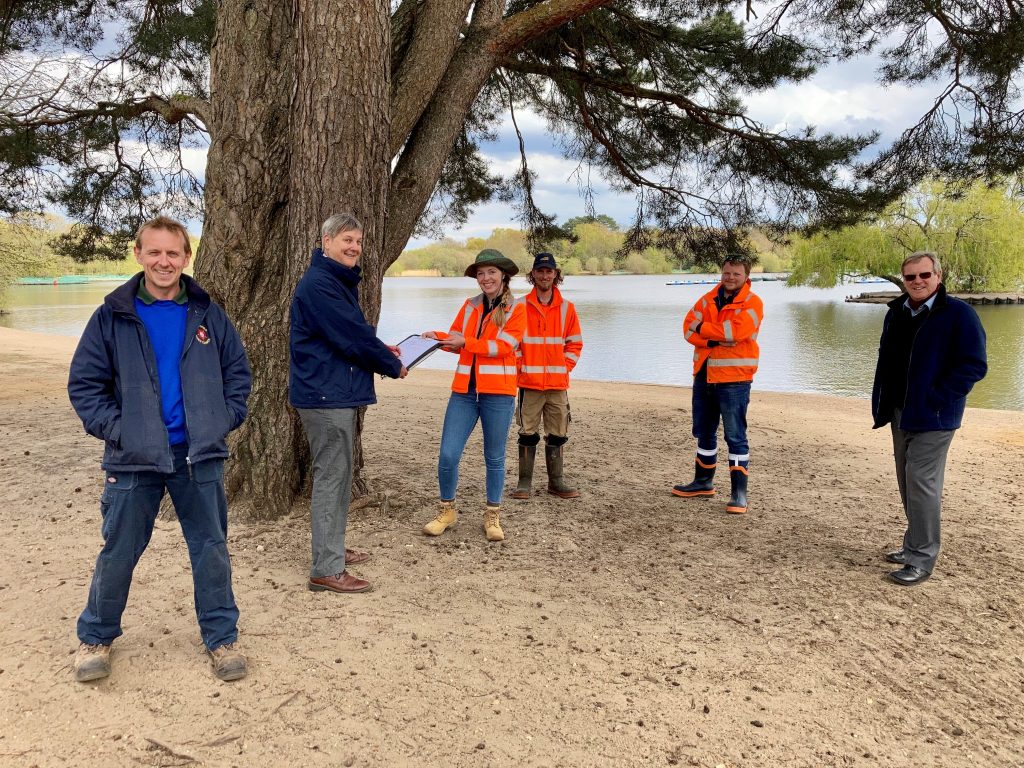