Petersfield Town Council are delighted to have received retrospective planning permission for all the works on the Heath. Phase 3 of the works will start again in mid-late April when border areas and islands will be planted with reeds and other plants to complete the long-awaited transformation of the Heath Pond.

Phase 2 of the pond works has now been completed, and the following diagrams illustrate the works that have been carried out. This includes the boardwalk, islands, bridge to duck island, cladding along the Plump Duck and Playground areas and the re-establishment of the banks.

Pond Stabilisation Phase 2 – from 3rd August for 5 weeks from 3rd August, the Five Rivers contractor will be returning to continue the work on the Pond Bank Stabilisation.  The work will take approximately 5 weeks to complete, and will consist of the following elements:

This project aims to increase biodiversity in and around the pond and restore areas where the banks have been eroded.

A pond in good health is an incredibly rich and varied habitat for wildlife. When the environmental conditions are right, an array of different plant species grow in abundance, creating a spectrum of aquatic zones in which a myriad of different creatures manage to find the right kinds of spaces to flourish. Unfortunately, the Heath Pond is poor in biodiversity and a mono-culture is developing.

The work of this project includes:

The requirements for the work was first identified in the early 2000s, however planning did not begin in earnest until 2015. Once areas or work had been identified with key stakeholders high level proposals were prepared.

A Public Consultation was held, including boards displayed around the Heath. A range of views and an overall positive feedback was received in response to these proposals.

In 2019 Petersfield Town Council held a tendering exercise and received 8 bids to design and deliver the project.  Four bids were shortlisted an each made a presentation to members of the Grounds Committee and Officers of Council.

On the 19th September 2019 Petersfield Town Council awarded the contract for the project to Five Rivers Environmental Contracting Ltd. 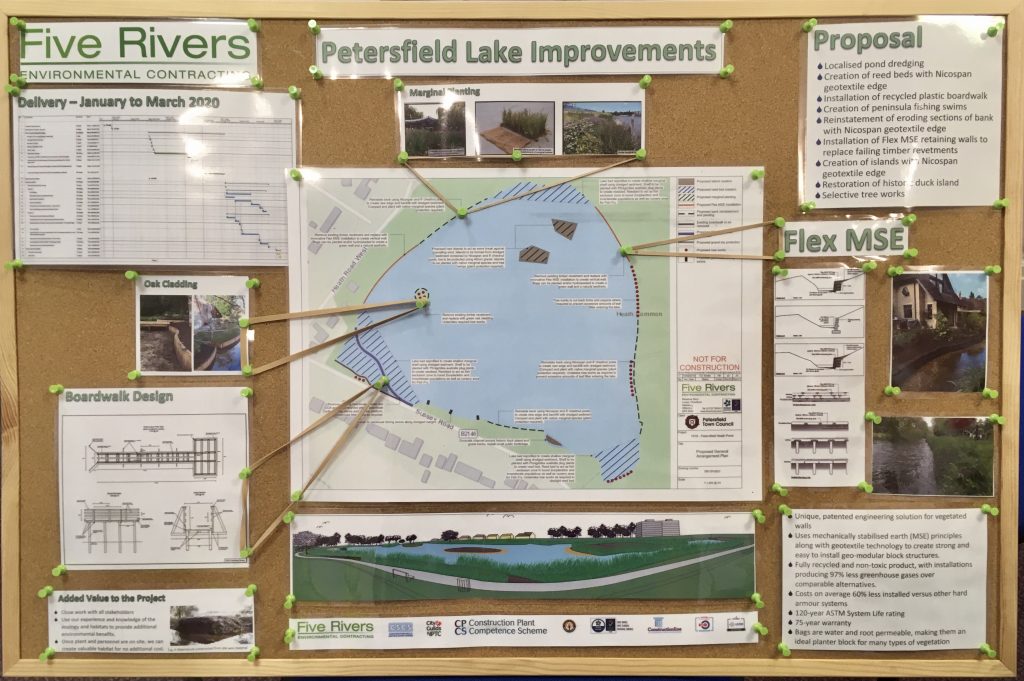 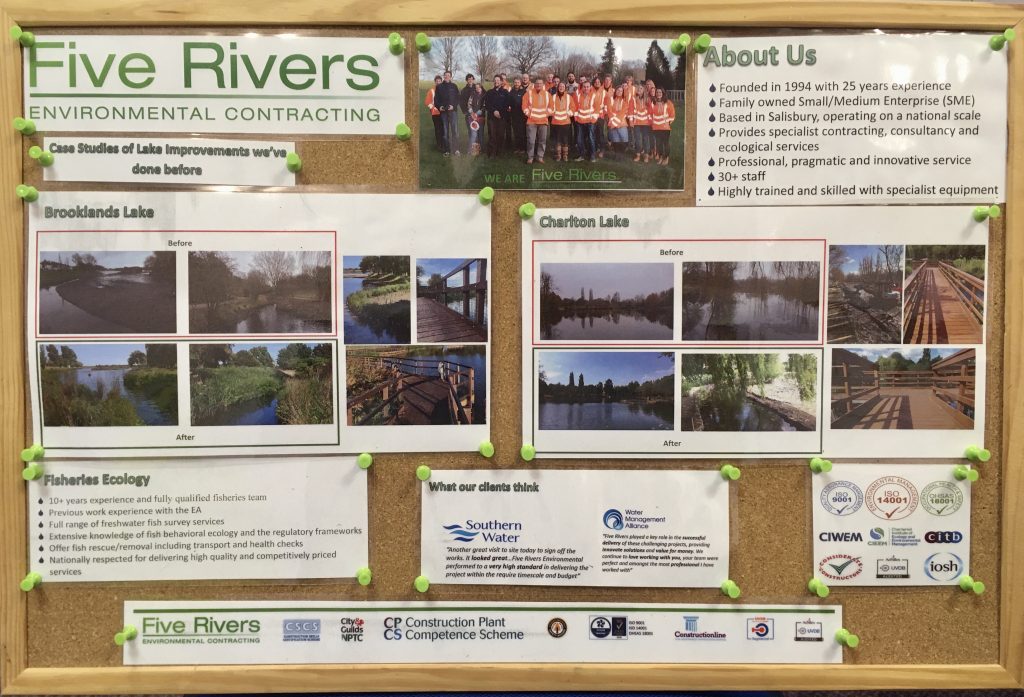 It is hoped that the work will commence in the Autumn of this year, with planting work happing during late Spring 2020. 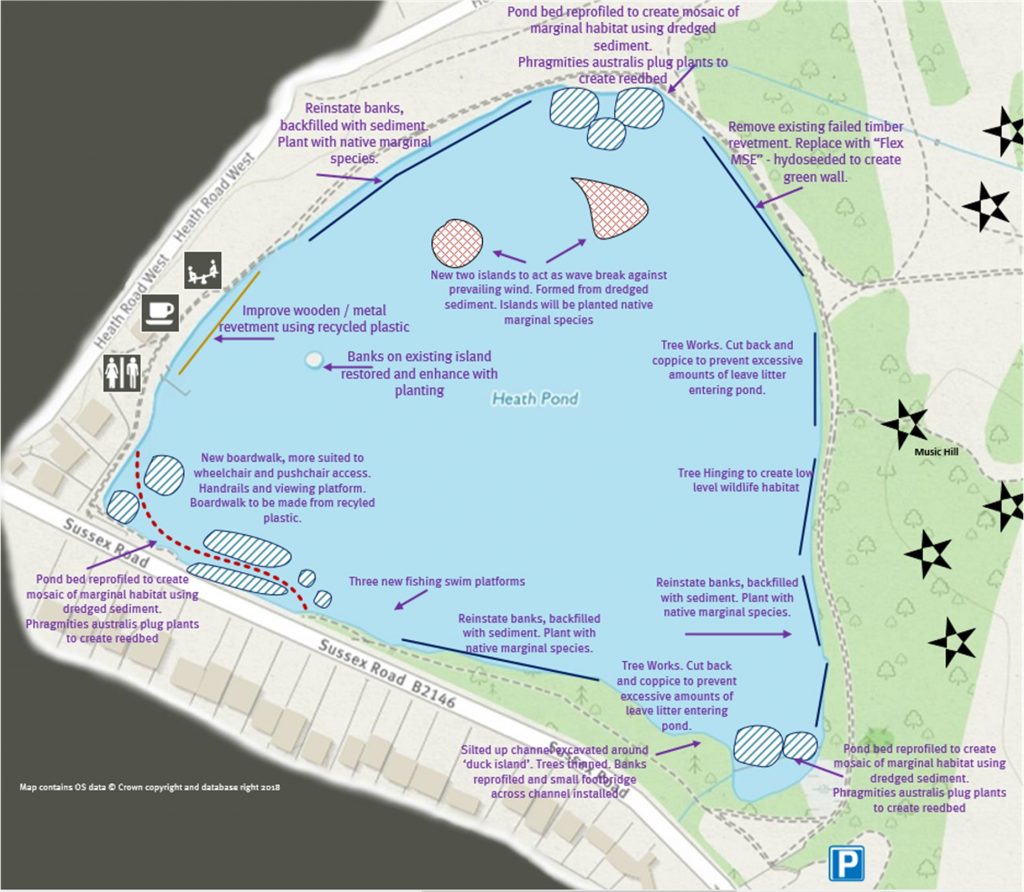 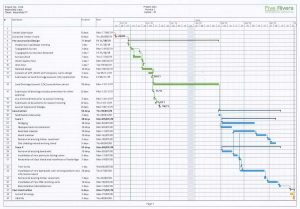 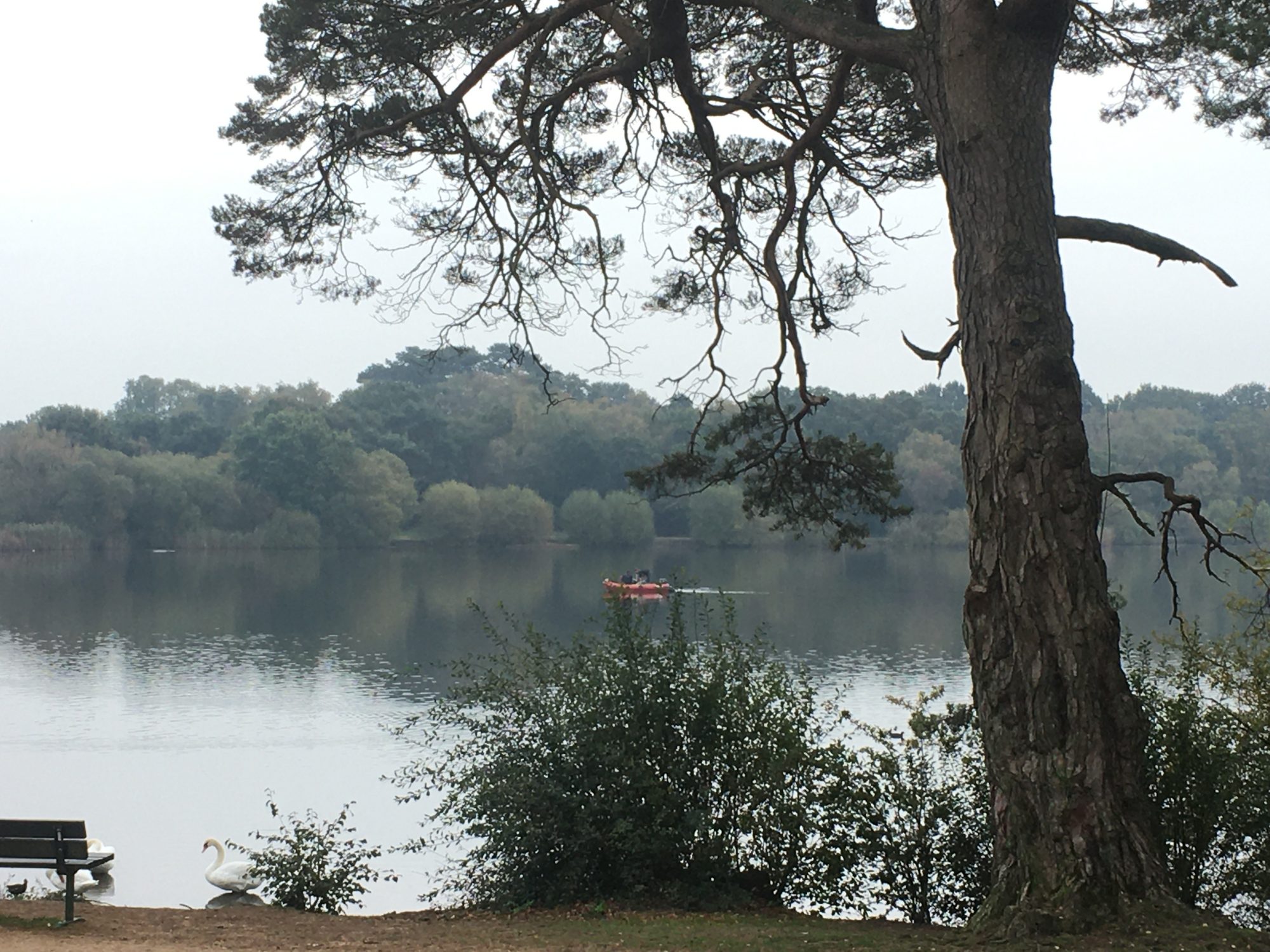 An amphibious excavator is a type of excavator that can perform dredging while afloat in shallow water.  This work has allowed the team to understand more about the make up of the silt at the bottom of the pond.

A 2 day survey took place. This involved using a combination of seine netting and electric fishing.

The seine netting of 100 x 4 metre was deployed from a boat and used for sampling in the deeper areas of the pond. Electric fishing was used in the shallower areas and around the island. The data collected allows for an understanding of species assemblage and stocking density. 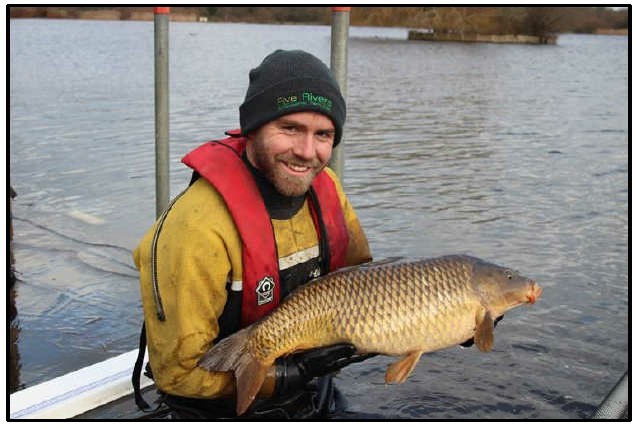 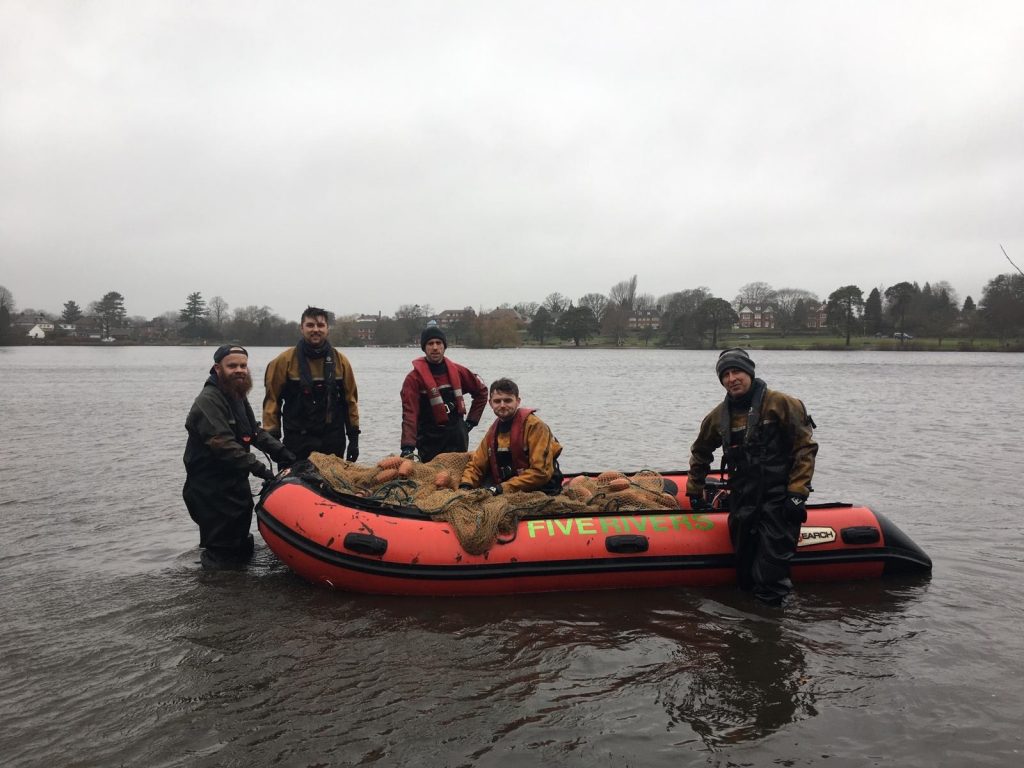